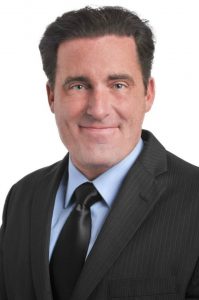 Steven Rinehart is a registered patent attorney licensed before the State of Utah, the Commonwealth of Virginia, and the US Patent and Trademark Office. He obtained his Juris Doctorate from the University of Utah College of Law in 2003. He studied Computer Science, Naval Science and English as an undergraduate at Brigham Young University (BYU) in Provo, Utah where he graduated in 2000. Before becoming a lawyer, Steven founded and sold several Internet companies, including eWatches.com and PrizeWise.com, which both grossed over $1 million in revenue during their first years in business. Steven also founded theopticon.com, a free legal file exchange.

Steven has prepared and prosecuted over 200 patent applications and over 150 trademark applications. Steven has also handled over 120 UDRP domain name disputes, winning more than two-thirds of them. Steven regularly handles patent and trademark litigation in US district courts, including in rem Anticybersquatting Consumer Protection Act (ACPA) actions in Virginia. Steven has handled patent infringement matters in Utah, Arizona, Idaho, Florida and California.

Steven has been featured in the ECT News, Salt Lake Tribune, and Associated Press. He is a member of the Utah Trial Lawyers’ Association and founder of a free legal file exchange for attorneys and non-attorneys alike. Steven is also a licensed attorney in the state of Virginia.

Read some of Steven’s Insights Here.